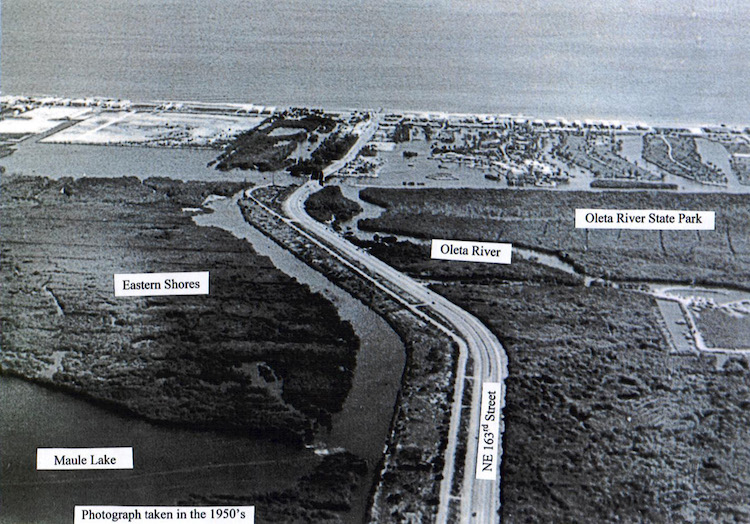 In 1920, Harvey Baker Graves, a private investor, purchased a 2.26 square-mile (5.9 km squared) tract of land for development as a tourist resort. He named it “Sunny Isles — The Venice of America.” The area was known as North Miami Beach until 1931, then known as Sunny Isles until 1997.

When Haulover bridge was completed in 1925, the area became accessible from Miami Beach, attracting developers who widened streams, dug canals and inlets and created islands and peninsulas for building waterfront properties on Biscayne Bay.

In 1936, Milwaukee malt magnate Kurtis Froedtert bought Sunny Isles. The Sunny Isles Pier was built and soon became a popular destination. Sunny Isles developed slowly until the 1950’s when the first single family homes were built in the Golden Shores area. During the 1950’s and 1960’s more than 30 motels sprang up along Collins Avenue including the Ocean Palm, the first two-story motel in the U.S. Designed by Norman Giller in 1948, it was developed and owned by the Gingold family for the next 45 years and provided the springboard for Sunny Isles economic development. Tourists came from all over to vacation in themed motels of exotic design along “Motel Row.”

In 1982, the half-mile long Sunny Isles Pier was designated a historic site. In the early-mid 80’s, it went through restoration and re-opened to the public in 1986.