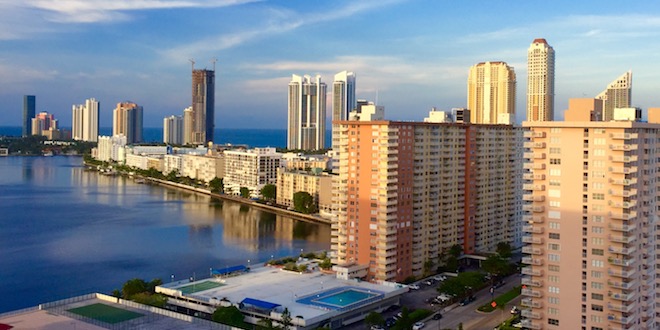 When it comes to the 40 Year Recertification for Condominiums: “A Dollar Spent Is A Dollar Saved”

(March 19, 2014) – When the City of Sunny Isles Beach was incorporated 16 years ago, many condominiums within the City were already built. Now, several of them are up for the 40 Year Recertification as mandated by Miami Dade County Ordinance No. 75-34. The 40 Year Recertification Ordinance was initially adopted by Miami Dade County in 1975. In 2001 the Ordinance was replaced by the current law which follows the Florida Building Code. The law requires that buildings in Miami Dade County after 40 Years be recertified by a Licensed Florida Engineer or Architect for Structural and Electrical Safety. This Recertification goes into effect every 10 years thereafter. Not all built dwellings fall under the Ordinance. Single-family homes, duplexes and any building with an occupied load of ten (10) or less and 2,000 square feet or less, are exempt.

As condominiums age, common element parts and equipment are replaced through assessments levied on the homeowners, so it is prudent for the property owner to maintain a portion of the maintenance as reserves so that the burden is alleviated when the need for repair or replacement arises. The same rule applies for the 40 Year Recertification of a condominium.

About 85% of the residents in Sunny Isles Beach live in condominiums and an important part of each unit owner’s budget goes for maintenance expenses. It is the responsibility of condominium boards and managers to steer the building expenses in such a way as to minimize the impact of assessments by utilizing the maintenance revenues in a proactive way.

Conclusively, whether the 40 Year Recertification is just around the corner or several years away, the golden rule is to spend the money to maintain the condominium common elements in good shape and have much less to worry about spending for the required improvements when the recertification comes around.

Hence in condominium upkeep, “A Dollar Spent Today is A Dollar Saved Tomorrow.” In conjunction with the City Advisory Committee (CAC), Clay Parker, Building Official of the City of Sunny Isles Beach, will host a seminar on the 40 Year Recertification at City Hall. Attendance is highly recommended at the following meetings to be held in the Commission Chambers: