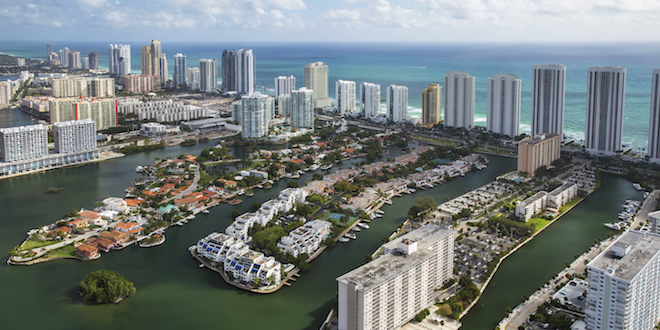 The City of Sunny Isles Beach occupies 1.78 square miles in the northeastern corner of Miami-Dade County, the most populated county in the State of Florida. With an estimated population of 22,123 people, the City ranks 15th in population amongst the 34 municipalities in the County. The City is located on a barrier island bounded by the Atlantic Ocean on the east and the Atlantic Intracoastal Waterway on the west. The City has been developed primarily for residential purposes.

The City was incorporated in 1997 and operates under a mayor-commission-manager form of government. Policy-making and legislative authority are vested in the governing commission, which consists of a mayor and a four member Commission. The City Commission is vested with policy-setting authority, adopting the annual budget, approving general purchases and services of the governmental operations, appointing committees, and hiring the City Manager and City Attorney. The City Manager is responsible for recommending and carrying out the policies and ordinances of the City Commission, appointing the directors of the City’s departments, hiring of staff, submitting a proposed annual budget, advising the Commission as to the financial condition of the City, and overseeing the day-to-day operations of the City.