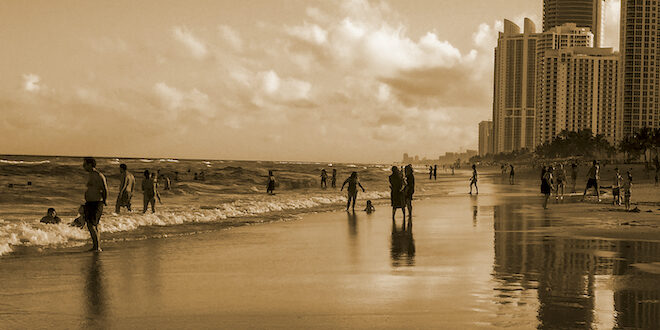 Banning Smoking on our Beaches: An Example of Restoring Home Rule

(Friday, March 4, 2022) – In early February, Deputy City Manager Susan Simpson and I joined the Florida League of Cities and other municipal officials in Tallahassee to advocate for self-government / Home Rule. Home Rule is the right to local self-government and involves the authority of a local government to prevent state government intervention with its operations. A perfect example currently under consideration is House Bill 105/Senate Bill 224, which would authorize cities and counties to restrict smoking in any public beach within their boundaries and in parks that are owned by the city or county. Currently, cities are not allowed to ban or regulate smoking in their parks or beaches. HB105/SB224 would restore self-government to cities and counties for this purpose.

As the bills go through the various reviewing committees, they may die or be amended. At the time of the writing of this article, HB105/SB224 are moving forward but have been amended to allow pipes and cigars. While I don’t love the exception, it’s a step in the right direction and considerably better than having no regulating authority at all. We’ll have to wait and see how it ultimately unfolds.

I want to thank the residents who sent letters and emails to our representatives. Your involvement is key. If these bills don’t become law this round, we’ll likely see them re-introduced in a future legislative session, and we can take up the Home Rule fight again. The important thing is for us to do our part, lend our support, and make our collective difference as a civically engaged community.