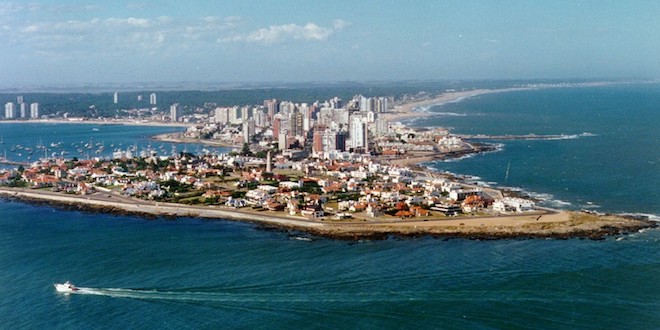 In 2011, Punta del Este had a population of 9,277. The area has a mild oceanic climate, with pleasant summers and cool winters. Punta del Este’s scenic coastline is divided in two regions: Brava (Spanish for “fierce”) and Mansa (Spanish for “tame”). The limit between the two marks the end of the Río de la Plata and the beginning of the Atlantic Ocean. The split is signaled by the Mano de Punta del Este, which the sculptor designed to warn swimmers about the danger of rough waves. Beaches on the Mansa side feature thick and golden sand, while on the Brava side, the sand is white and fine. Every beach of the peninsula has public access. The city has much colonial architecture contrasting with more modern buildings. The city has a scenic shore, resort houses, modern buildings, a port with mooring capacity, department stores, restaurants, and pubs. There are several large houses and gardens lined with plants.