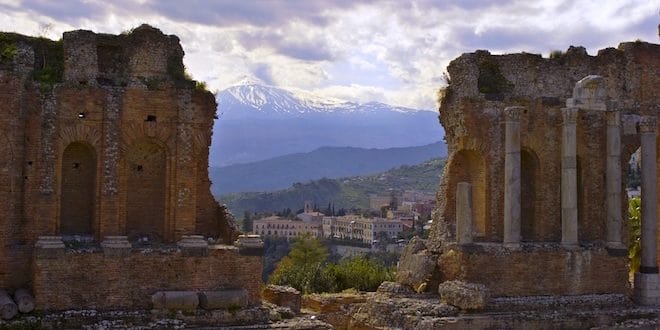 Taormina, Italy, a Sister City since 2012, is a small town in the Province of Messina, on the east coast of the island of Sicily, Italy. The village sits on the cliff overlooking the Ionian Sea and is forty-five minutes from Mount Etna. This popular tourist destination has much to offer, such as beaches accessed by cable car, antique shops, a lively nightlife, old churches, a second century Greek Theater, a Roman Odeon and summertime concerts and theater performances. Explore the twisting, ancient and mysterious streets and enjoy fine dining along the way. Take a trip to the countryside and experience the charm of this unique island province.

During the early 20th century, the town became a colony of expatriate artists, writers, and intellectuals – aiding in its development as a very cultural and eclectic town. The ancient Greek Theatre is host to many pop and classical concerts, operas, and performances recorded and produced on TV quite often.

Narcisse Profumi is located in the heart of Taormina and is well known for its selection of deluxe perfumes such as Acqua di Parma, Annick Goutal, Etro and Floris of London. The City of Sunny Isles Beach Visitor Center is proud to feature two perfumes specially crafted by Narcisse Profumi which are not available anywhere else in the United States. Featured for sale are: Zuccarata, a lovely floral scent and Etna, a unique spicy scent. Stop by the Visitor Center at 18070 Collins Avenue and take advantage of this rare opportunity to enjoy Sicilian perfume directly from the premiere perfume shop in Taormina, Sicily. 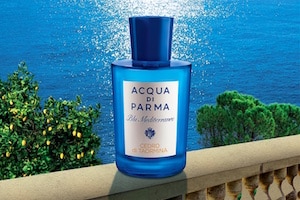 There are cultural events every month of the year, including the summer Taormina Film Festival held in the dramatic Antico Teatro. For more information on events in Taormina go to www.comune.taormina.me.it or email: info@summerinitaly.com.