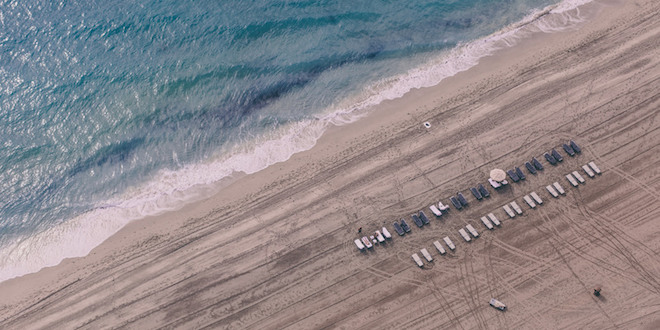 (Wednesday, May 30, 2018) – On March 23, Governor Scott signed House Bill 631 into law. This generated a lot of sensationalistic media stories around the public’s right to use Florida’s beaches. It also generated a lot of phone calls and email messages to my office regarding how this will affect Sunny Isles Beach. The good news is that it has no effect on our current uses of public beachfront and public access to them. Let me explain why.

In many areas of the State of Florida, such as the panhandle, the State generally owns the property under water up to the average high-water mark and the adjacent, “or upland,” landowners own the land down to the average high-water mark. This is not the case in Sunny Isles Beach and most of South Florida. The State owns all the beaches in our City up to the western end of the sand dunes or up to the platted property lines of coastal properties. Coastal property owners, such as condominiums and hotels, do not have property lines that extend to the water’s edge. Their property lines are up closer to their buildings thereby ensuring a significant distance of public beach between the ocean and the private property lines. The new law was established to provide landowners and local governments with a mechanism to reconcile public or private use on the beach. In some cases, the local government has simply given the public full rights to the private landowners’ sandy portion of their property. The new law prohibits a government entity from establishing the right of the public to use private beachfront without first filing a court case to allow a judge to determine those rights after January 1, 2016.

In the case of our City, we were forward thinking when we established more than 20 beach access points over the years. Our rules and regulations have been in place for several years regarding the public’s right to utilize the beach. We recently expanded the public beach with the beach renourishment project.

When I called our state legislators to research this issue, they mentioned this has been one of the most misunderstood laws in years and reiterated that it does not generally affect South Florida. I was pleased at the outpouring of concern from our residents who want to ensure that the beach stays as a public amenity for generations to come. It will!