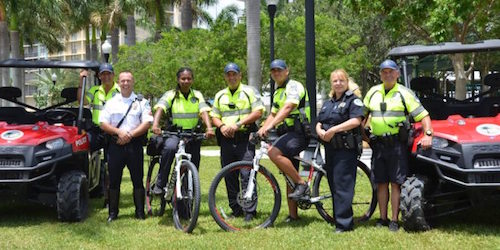 (Tuesday, April 25, 2017) – Several years ago my wife and I got to know our Police Chief Fred Maas. This was my first exposure to anyone directly involved in law enforcement as a career. Other than the stereotypical portrayals from TV and movies, I had very little knowledge of what was actually involved in police work. To broaden my knowledge the Chief suggested I do a ride along. A ride along means a civilian accompanies an off-duty officer in their vehicles and get a firsthand view of police work.

I still remember my first ride along which involved some traffic stops and a domestic violence dispute. The officer I accompanied, Raul Diaz, is still on our police force today.  It was very enlightening for me and from that point on, over the years, I went on several more ride alongs with other officers. These experiences demonstrated to me the depth and breadth of situations that our police face every day. It has also led me to have profound respect for law enforcement professionals It is hard to imagine, until you see it firsthand, the potential danger associated with even a simple traffic stop. When walking up to a car window with dark tinted glass you have no idea what that driver is thinking or doing. Yet our law enforcement professionals deal with these situations routinely and exhibit an enormous amount of discipline and tolerance.

Chief Maas and our officers have taught me that visibility of police presence is one of the best deterrents to crime in our community. That is the reason, even in a city with only a little over one square mile of actual land mass, at any given time, we will have at least four to five officers out in patrol cars, motorcycles, ATVs and on bicycles. I hear from our residents and guests regularly about a variety of issues in our City that they like and don’t like. I cannot recall the last time I received a negative comment about our Police Department.

At a time when law enforcement has been suffering nationally, I want our residents to know that we have one of the finest municipal police forces in the country. The next time you come across one of our officers, please do not hesitate to let them know that our community supports and appreciates the job that they do.