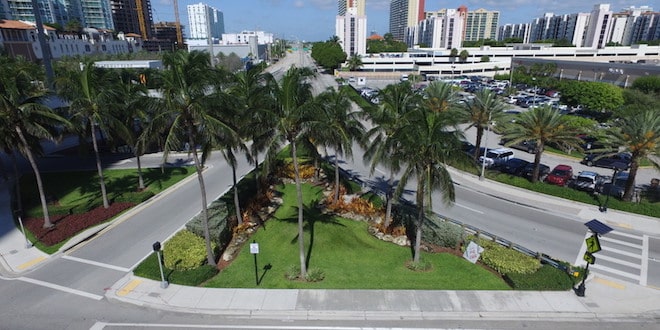 Update from the Mayor on the Town Center District

(Wednesday, October 30, 2019) – This year has been quite eventful here in Sunny Isles Beach. The city has been working to fix regulations affecting the development of land while battling waves of disinformation from multiple directions.

For those who do not know or might need clarification, at the beginning of the year, an inconsistency was discovered between the zoning code and the comprehensive plan for the Town Center District that ultimately left six buildings vulnerable. This discrepancy only affects the Town Center District, which lies on the west side of Collins Avenue from 172 Street south to the south side of Sunny Isles Boulevard. At the July Commission Meeting, the city proposed an amendment to the comprehensive plan, but due to misleading information and the negative response from our residents, the Commission voted to defer and seek a different solution. In September, we voted to enact a moratorium in the Town Center District. This allows us time to “hit pause” and develop a meaningful and cohesive plan that stems from public engagement with residents and property owners.

Which leads us to where we are today. Under the halo of a moratorium, I want to share the city’s plan of action for the Town Center District.

At the October Commission Meeting, city staff proposed amendments to the comprehensive plan, which subdivide the Town Center District into two areas: north and south. The proposed Town Center North will extend from 172 Street south to Sunny Isles Boulevard. The proposed Town Center South will encompass the blocks south of Sunny Isles Boulevard, essentially sequestering the area where the six buildings are located. Two ordinances were presented for first reading: one is an amendment to the comprehensive plan, and the other is an amendment to the Future Land Use Map.

In addition to dividing the north and south sides of the Town Center District, part of the amendment to the Future Land Use map includes changing the designation of four land parcels in the Town Center South. Bella Vista Bay Park and Gateway Park’s proposed changes are from mixed-use business to recreation and open space, meaning future projects proposed in this area can only be used for recreation and open space purposes. Miami-Dade County Water and Sewer Facility and the Gateway Park parking garage’s proposed changes are from mixed-use business to community facility, meaning future uses for this area can only be for community facilities.

Both ordinances passed on first reading, and we will now submit the revised comprehensive plan amendment to the State of Florida for their review. We cannot pass the ordinances as final until we receive permission from the State of Florida. As we receive comments from the State, we will address them; but in the meantime, we will move on to start a process for addressing the Town Center North.

Between this November and April 2020, the city will schedule activities to engage the public and discuss the future of the Town Center North, including workshops and public meetings. Throughout the upcoming months, we will listen to what you, our residents, envision for the future of this area. And based on your feedback, city staff will propose modifications to the comprehensive plan and/or Land Development Regulations between April and June 2020. The next step will be to finalize and adopt the proposed changes in September, which city staff and the public developed in tandem. With the above timeline, we believe that by September 2020 we expect to lift the moratorium, or one year after it was formally imposed.

I’ve outlined the city’s plan of action above for a number of reasons. These issues generated a lot of misinformation, mostly due to the politicization of the initial solution to fix the vulnerability of the six buildings. Our current course of action described above has taken a very conservative approach to determining the disposition of the Town Center North. And the initial process mainly focused on fixing the inconsistencies in our code that left the six buildings vulnerable. I can assure you that the city always tries to make the best decisions for the community as a whole. Sometimes in attempting to mitigate one issue, we fall short on another, as evidenced in July. But we learn from our missteps and move on. Throughout this process you voiced your concerns and opinions, and we have been listening.

It would be great to see more residents at every commission meeting, and not just when there is a “hot button” issue. I encourage you to participate in the public activities regarding the Town Center North and all future public discussions. Follow us on Facebook and Twitter, @CityofSIB, or sign up for email notifications at sibfl.net/notifyme to receive all the details regarding these upcoming meetings.