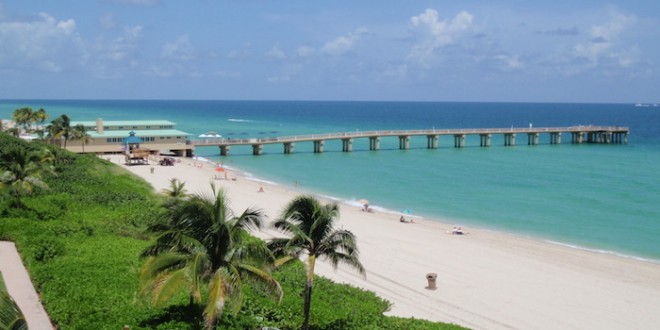 (September 1, 2015) – A few months ago I was asked to give a speech to the Aventura Marketing Counsel about the past and present of Sunny Isles Beach. After a number of people asked me for copies, I realized the ‘$10 Billion Sandbar’, the history of how our City has grown to nearly $10 billion in property value, turned out to be quite popular. Given the interest I decided to provide an edited version for this week’s article.  I hope you enjoy it!

How It All Started

We had our 18th anniversary celebration this summer and so our little city is on the verge of adulthood. Finding where we began starts with a little northeast Miami Dade historical background. Roughly 100 years ago a furniture magnate from New York named Harvey Graves was visiting South Florida and came across the undeveloped area that extended from the southwest at 135th Street and Biscayne Boulevard to the ocean and north to Golden Beach. He purchased 1,900 acres and commenced development on the South side of Sunny Isles causeway dredging and filling Atlantic Island. Graves had the first bridge over Haulover inlet constructed which provided access to the area from the south. The first house he built in Sunny Isles was in the mid 1920’s on the western most point of Atlantic Island, named Water Court Villa. This house is still standing and is the only historic residential structure in Sunny Isles Beach and one of the oldest houses in Northeast Miami Dade County. In a strange twist of fate, my wife and I bought this house nearly 25 years ago when we moved to Sunny Isles and we still live there today. Like many of the older areas of South Florida, Sunny Isles Beach has gone through its share of ups and downs. But unlike other areas, it has always seemed to bounce back stronger and more vibrant. Development and construction bottomed out due to the great Hurricane of 1926, which led to the real estate crash of the late 1920’s, and ultimately the Great Depression.

Very little happened in this region of South Florida until after World War 2. Then in the late 1940’s and into the 1950’s the now famous collection of themed motels was built. Each one that went up attempted to outdo its neighbors with kitschy mascots, stairs to nowhere and grander architecture and amenities. One of the most famous and most memorable was the Castaways. In 1957 the Greater Miami Beach Motel association constructed a billboard at the corner of Biscayne Boulevard and 163rd directing drivers over the causeway boasting over 5,000 Oceanfront Motel Rooms. Considering that today we have a little over 20,000 residential units in the City, this was a huge number for 1957. This era was the first true heyday of Sunny Isles. Even the Beatles visited the Castaways during their tour in the early 1960’s. In addition to the two single family neighborhoods, Atlantic Isle and Golden Shores, that started filling in during the 1950’s and 1960’s, the Winston Towers complex of seven multistory condos were built in the 1960’s and this made up the bulk of theresidential base of the city at that time. Things started dying down during the 1970’s and by the 1980’s Sunny Isles had become neglected and the once glitzy motel row had lost its appeal to other destination resort areas. This time it was not a hurricane or depression, but simply a lack of dedicated local leadership primarily due to the fact that, unlike its neighboring cities to the north and south, Sunny Isles had never been incorporated. Being so far removed in the northeast corner of the county, the level of services being delivered at that time from Dade County was awful. There was little to no police presence, so during these years crime was a real issue.

But one thing we all know is the three rules of real estate investing – location, location, location. So it did not take too long for investors like the Milton Family, the Dezer’s and Raanan Katz to start buying up relatively cheap properties along A1A. In the late 1980’s and into the 1990’s these forward thinking developers started to quietly buy up the neglected ocean front motels and large retail centers. Around the same time in the 1990’s there was a wave of incorporation movements throughout Dade County. After seeing the positive effect incorporation brought to communities like Aventura and Pinecrest, a handful of residents led by our first Mayor Dave Samson, said enough is enough and petitioned the county for incorporation. These residents knew that they were fortunate enough to potentially see the area get a second chance and they seized the moment. City Hall was housed on the second floor of a retail strip center above a shoe store and a Cuban restaurant. A police force was formed with a lot to do as the element within motel row had gotten progressively worse. Our Police Chief Fred Maas will tell you that the first two to three years of policing Sunny Isles Beach was not an easy time for law enforcement.

Additionally, the county had largely ignored the area’s infrastructure. Sidewalks were in disrepair or non-existent, streets routinely flooded due to a lack of storm drainage, the area’s utility infrastructure was also old and often failing. In short – there was a lot of work to do. We got our City but at the time it was nothing more than neglected remnants. Even the famous fishing pier had fallen into such disrepair sections had to be routinely closed off.

Only a few new buildings such as Sands Pointe and Oceania had been developed before incorporation. Then, as the vision of the founders, timing and luck would have it – one of the greatest real estate development booms in the history of South Florida was starting. Sunny Isles Beach had some of the most desirable underutilized oceanfront development parcels in the region and within very short order those old motels were in the hands of luxury condo developers. Sunny Isles Beach was riding a wave of development that was staggering for any area but especially for such a young City. When we first incorporated, more than 50% of our residents were retirees over 65 years old, however by the year 2000 that number was down to 44% and by 2010 it had dropped to 21%. The demographics were changing as rapidly as the skyline! Those changing demographics prompted a strategic vision that took hold early on in the growth of the City – which was to acquire as much land for parks as was possible and require oceanfront developments to dedicate public beach access walkways. Sure we had 2.5 miles of oceanfront but with the density that was being constructed, public access to the beachfront and interior parks with green spaces would be absolutely necessary to improve upon the quality of life for the City’s residents.

At the time of incorporation there were no interior parks within the City. Over the past 18 years every Mayor and City Commission has consistently acquired park land, and we are now up to 11 public parks complemented by 22 public beach access paths along the 2.5 miles of public beach frontage. To put this in perspective, we currently have roughly 810,000 square feet of retail and commercial space within the city. When Gateway Park is completed this year we will have over 970,000 square feet of dedicated park space not to mention, a community school and a new pier.

As it often happens history repeats itself. In the 1940’s and 1950’s the motel development boom led to competition creating grander and more creative projects as that development cycle evolved. The exact same phenomenon occurred during the development cycle of the luxury high rise market. As the competition and market values have increased, the developers have brought in more and more world class architects and grander building designs. At present, we have 33 ocean front high rise buildings under occupancy, we have another 7 buildings under construction. The number of world class architects that now have designed buildings within our city borders rivals many of the great cities of the world. A little over 18 years ago our founders were just deciding what our name should be and now that name is recognized throughout the world. Quite an impressive feat for a once neglected 1.25 square mile $10 billion sandbar!