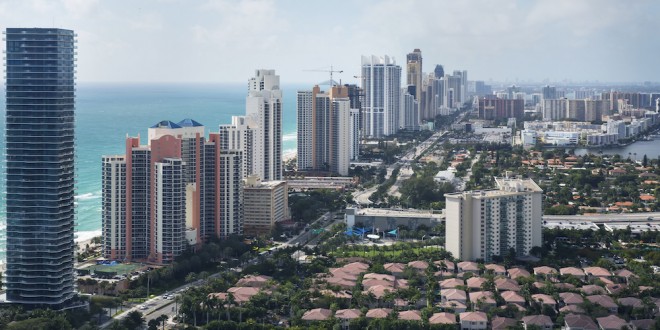 Transferable Development Rights (TDRs) and the Game of Checkers

(June 1, 2015) – At our May City Commission meeting we had a building site plan approval request that generated a lot of controversy and buzz throughout our city due to its location. The site plan application contains several requests but a critical issue in the matter is whether or not the City should sell and grant Transferable Development Rights (TDRs) for the project. Many times before, TDR requests had come before our Commission and had been approved as part of the site plan approval process. This project, however, is on the west side of Collins Avenue in close proximity to other residential buildings so it generated a lot of public concerns. Based upon those concerns, and in addition to over 25 public speakers at our meeting, it became evident that TDRs are generally misunderstood as to their function and role within our development regulations. In this article I am going to use the same analogy I used at the Commission meeting to explain TDRs in basic terms. Like all complex regulations, there are a lot of nuances between theory and practice, but the following will give you a general understanding of what we are trying to accomplish by maintaining TDR regulations within the City of Sunny Isles Beach.

The goal of TDRs are exactly what the name states, to transfer development rights from one property to another property. Picture a checker board with a checker on every square. Since a checker board is eight by eight squares there would be 64 checkers on the board. Let’s say we take the checkers along the right column of the board and stack them on top of the checkers on the left column. Let’s say we do that once more with the next column on the right and stack them again on the left most column. Now we have two columns on the right side of the board with no checkers and one column on the left side three checkers high. The rest of the board still has one checker per square. If we look at the board as the land in our city and the checkers as buildings, we just shifted development from one side of the board to the other. There are rules on how much development we allow TDRs to add to any one site (up to 30% more) and rules on how much each site is entitled to in the first place.

The true intention of the TDR ordinance is to enable the City to acquire park land. By agreeing to remove the possibility of building on a particular site (remove the checkers) the City can create parks and sell the TDRs from the site to build the amenities in the parks. This has been the primary mechanism that the City has used to acquire the number of parks that we have developed throughout our City.

Due to the development boom that the City has benefited from over the past 15 years, TDRs have become more and more valuable. However, it is completely up to the discretion of the Mayor and City Commission whether or not they want to sell TDRs to a developer and whether or not they think it is appropriate for a particular project to benefit from the additional size that the TDRs would provide. So in the end, even with our TDR ordinance and the great benefits that they have brought to our City, the granting of the inclusion of TDRs in a project is a privilege, not a right. We only agree to move the checkers when we believe it makes sense and that is highly dependent upon the circumstances surrounding a proposed project coming before us for approval.

Please do not hesitate to contact me, Mayor George ‘Bud’ Scholl (gscholl@sibfl.net), any of your City Commissioners or our City Manager, Chris Russo (crusso@sibfl.net) if you have any questions regarding this process or anything else we do. Thanks for reading and visualizing our citywide checker board!