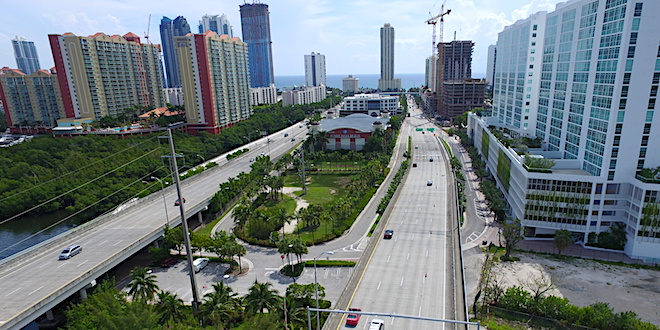 (Thursday, November 28, 2019) – In my experience as a city manager for over 30 years, the business of government is often a complicated process. But government and the making of laws does work if citizens and government officials are willing to put the good of the city above personal or political agenda. Everyone may not always get exactly what they want, but the city as a holistic entity will be the definite beneficiary. Recently, this idea was put to the test. It started last December when a zoning application was filed for a project located on the southbound side of Collins Avenue and Sunny Isles Boulevard. That this proposed project became controversial would be an understatement. It set off a firestorm of controversy and emotions.

Emotions aside, important legal and philosophical issues were raised. Throughout the course of their opposing efforts, objectors brought to the city’s attention, questions about past planning and zoning mistakes no previously identified. That is actually where the most productive work was accomplished. The Mayor and Commission wanted answers on the larger issues, and staff set to find out where and how the errors occurred. as well as determine the path forward to solve these issues.

We all agreed that the Comprehensive Plan required fixing. We also knew that certain prior project approvals on the south side of Sunny Isles Boulevard granted under the defective plan needed to be addressed for the protection of the residents currently living there. Predictably, there was some disagreement about how to resolve the issues raised. The Commission and staff remained dedicated to finding solutions that worked for the overall good of the city, never wavering in these goals. The elected officials listened to the concerns of the citizens who showed up –  many for the first time. Again, it was not easy; there was a level of distrust that had been propagated, which we had to overcome.

Experts were hired on both sides of the issue. Although the discussion wasn’t always comfortable, everyone remained committed to doing what was best for the overall good of the city. The following decisions came from this extremely productive process:

It is not uncommon for governments to reassess their planning goals and objectives based on changing conditions and times. In my opinion, this is a substantively good process for the city to engage in. Government does not work in a vacuum; it requires cooperation from all stakeholders, whether in support or opposition. And strange as it may seem, I want to give credit to all the people who engaged in this process, to the many experts on both sides who contributed to the dialogue, and mostly, to the elected officials who steadfastly held to their goal of finding solutions and representing the majority of citizens in the city.