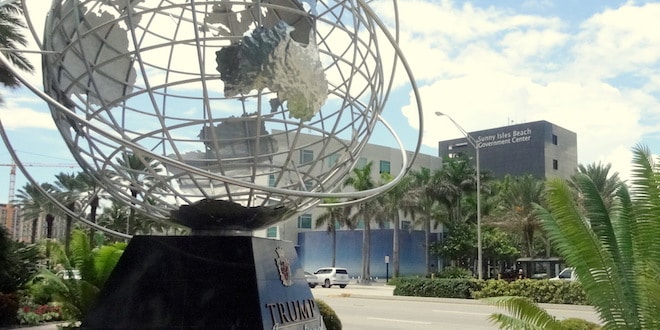 (Tuesday, January 29, 2019) – In my quarterly and monthly messages, I often discuss the larger, capital improvement projects we are working on, such as the Utility Under-grounding project, pedestrian bridges, or storm drainage projects. I would be remiss if I did not mention and recognize the extraordinary people behind the operation; the groups of individuals who work hard day in and day out for the City of Sunny Isles Beach. We have a topnotch staff dedicated to providing world-class services and offerings to our residents and visitors.

As a way to recognize some of the City employees who go above and beyond and participate in such efforts, each year I award deserving employees the City Manager’s Award. This past year, Sandra Block from the Police Department, Makia Curry from Human Resources, Brenda Long from the Building Department, and Humberto Martinez, Jr. from Information Technology received the City Manager’s Award. These employees, nominated by their peers and supervisors, are typically the “go-to” person in their department, always willing to help anyone in need, even during off hours or on vacation. They are often recognized by the general public, their department heads, and even fellow co-workers, for their outstanding service and commitment to the City, and most importantly, they embody the altruistic spirit we value when hiring.

Altruism is the unselfish regard for the welfare of others, a trait highly revered and sometimes difficult to find in government. I am truly impressed with all of our staff who go the extra mile to serve, maintain our beautiful parks, care for our children after school, patrol the streets, and keep our community safe, among many other things. But not only do our employees strive for greatness within their own department, they also contribute to communities in and outside of the City.

In addition to keeping our City safe, the Sunny Isles Beach Police Department also donates their time and resources toward worthy causes. Last Thanksgiving, when it looked like several families in need were not going to receive turkeys during a local food drive, our Police Department went to the store and ensured these families had a turkey on the table. Each holiday season, the department also participates in the Police Officer Assistance Trust’s (POAT) holiday gift drive for surviving children. POAT, a support organization for the law enforcement community of Miami-Dade County, provides gifts to the children of law enforcement officers who died in the line of duty. Several of our officers donate their time at collection tables in the area throughout the months of November and December.

The Police Department is also aiding communities outside of Miami-Dade, including a small town in Georgia, for which we were able to assist with their “Shop with a Hero” annual program last December. Our agency sent new toys and gifts along with monetary donations to help with holiday shopping for the needy in this rural area. The department is also donating a much-needed surplus police vehicle.

Also in the holiday spirit, our After School Program hosted their annual toy drive in December benefitting Lotus House, a local non-profit organization dedicated to improving the lives of homeless women, youth and children. Our counselors personally delivered the collection of toys to the organization and spread holiday joy to the children at Lotus House with various counselor-led games and activities.

But our staff’s efforts reach beyond the holiday season. We all know the Florida Panhandle was devastated by Hurricane Michael last October, and many cities in the area are still recovering. We began collecting and donating supplies such as generators immediately after the storm. However, the work did not stop there; we know this is a continuous effort. There is a small town in northwestern Florida, named Altha. With approximately 600 students attending their K-12 school, Altha was particularly hard-hit during Hurricane Michael. To complement the donations of school supplies they have received, the City of Sunny Isles Beach will be supplying other items that will brighten their day.

Altruism is more than just monetary donations. It is more than just collecting supplies for those in need. Altruism is the accumulation of a group of people who are committed to making the community and region a better place for all living in it. And we are lucky that here in Sunny Isles Beach, our outstanding staff appreciates the importance of and exemplifies this spirit.