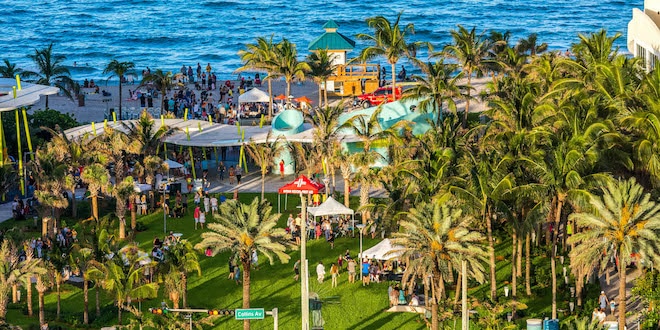 (July 26, 2018) – The common definition for the term coming-of-age is a description of the transition between childhood and adulthood. For some cultures, coming-of-age is determined at a specific age when a child is no longer a minor. Well, as of this past June, our City is no longer a child and has entered the early stages of adulthood at the ripe age of 21.

Every experience we have gone through as a city over the past 21 years has, in one way or another, helped us to develop the understanding that coming-of-age is really a life-long journey. There have been major events and experiences that have played a very important part in our journey to adulthood. For example, there were some growing pains within the first two years of our existence resulting in a major shakeup in the management of the City. From that point on though, the City was on a sustained, progressive path forward.

There was exuberance and pride with the grand opening of Samson Oceanfront Park. There was lively debate over the creation of the City’s Comprehensive Plan, which resulted in unprecedented luxury high-rise development on the east side of Collins Avenue. With the development came remarkable revenues that, in turn, supported the much-needed rehabilitation of the City’s infrastructure and the creation of 11 magnificent parks and many programs.

There were also some sadder moments, including the sudden death of our first mayor, David Samson, and subsequently some of our other founding mothers and fathers. There were serious moments involving the perseverance and dedication of the men and women of our then new Police Department cleaning up criminal activity that had developed in our City due to the lack of police presence prior to incorporation. I would be remiss if I didn’t take a moment to remember all the risks that our sworn ofcers have taken over the past 20 years to make Sunny Isles Beach one of the safest cities in the state of Florida. Much of this exemplary police work came under the stewardship of our Chief, Fred Maas, who has recently retired after 20 years of service and has been inducted into the Florida Law Enforcement Officers’ Hall of Fame.

Each one of these experiences, trials, successes, anguishes, and joys has had a signifcant impact on what the City has become today and has contributed to the achievement of our goal of being a world-class city. A major contributing factor to this success has been the continuity in our outstanding professional staff, some of whom have been with our city for many or all of our 21 years. Te benefits from the stability and knowledge of our staff are clearly visible. This City has been as much a part of their professional growth as it has been a beneficiary of their commitment and dedication to the City.

There are many examples of staff initiative that I could cite, but the development of our summer camp says it all. A pilot day camp program began the summer of 2000 with 35 children attending; it was a success and was included as a budgeted item in the 2000-2001 Fiscal Year. It has become a thriving multi-program day camp with almost 600 children participating in themed camps each summer.

Community engagement and involvement has also grown quicker than a toddler becomes a school-aged student. In the beginning, there were many citizens who volunteered and contributed time and expertise. This grew into a more formalized City Advisory Committee, now charged with making recommendations on many issues to the City Commission. Just recently we have had advisory assistance from residents on our Transportation Master Plan and Cultural Master Plan. Our new Public Arts Advisory Committee is charged with making recommendations to the City Commission on aspects of public art in our City. As our population has grown, so has the general overall interest in city affairs, generating the growth of grassroots groups that have become informally involved in making thoughtful recommendations to the city government from time to time.

Under the leadership of our Mayor and support of the Commission, we continue to mature as we enter adulthood. We continue forward-thinking leadership, which will keep us ever mindful of past experiences while learning from the community and inspiring our staff to achieve greater heights.