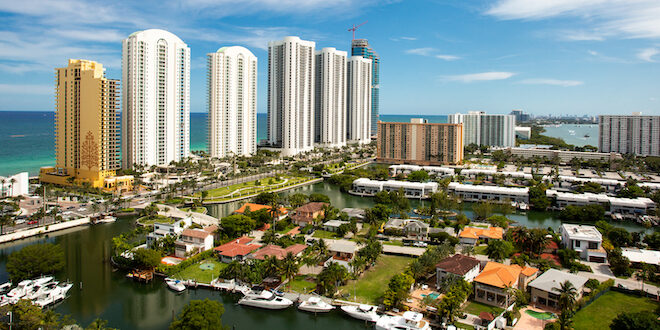 Reflecting on 25 Years of Progress and Looking Toward the Future

(Wednesday, September 1, 2021) – Many of our residents have lived in Sunny Isles Beach before it was officially incorporated in 1997. To say that our city looks nothing like it did nearly 25 years ago would be an understatement.

The first time I visited SIB was when I interviewed for City Manager back in 1997. I still remember the run-down one and two-story motels, garbage littering the streets, and rampant crime. There were no city parks, not even a blade of grass. There were street crimes, drugs, and prostitution as the City did not have its own police department yet. I was offered the position, but not able to come to terms with then-Mayor Samson; I did not accept the position of City Manager until 2000. But the City’s leaders at the time, mostly retirees, made the best decision for the city: turning what was essentially a disjointed strip of land with businesses and condos into a community with prosperous services, utilities, parks, and programs.

In just 20 years, we transformed Sunny Isles Beach from a notorious, dilapidated location, into a desirable, family-friendly residential destination. And we did it on our own the old-fashioned way, through hard work. The Commission allowed total redevelopment on the east side of Collins Avenue, which brought in additional revenue, increasing our tax base while lowering the millage rate.

You may know that I left Sunny Isles Beach in 2005 and returned in 2012. In the nine years since I’ve been back, we were able to invest $130 million in capital improvements such as infrastructure and parks, without borrowing a nickel. This is unheard of for a local government. Our TDRs (Transferable Development Rights) and zoning along the east side of Collins provided us not only with the funds to expand our services, utilities and amenities for residents, but also led to interesting, world-renowned architecture.

Some residents criticize the high-rises and development along the beach and around the city, ultimately longing for the ‘good ol’ days.’ But this development, and the height that came with it, is the reason why our city is so successful and the run-down motels and rampant crime are long forgotten. We cultivated a responsive local government, built 11 city parks and two community centers that offer diverse programming and free events for all ages, established an award-winning police department, and helped develop an A-rated school with a $14 million donation. We are in the middle of a $30 million utility undergrounding project along Collins Avenue (and getting ready to commence undergrounding in the Golden Shores area), which is moving all power lines underground, enhancing the streetlights and electrical equipment, and redoing all sidewalks. This is the most sophisticated and involved project our City will ever do. Without the rapid growth we saw over the last 24 years, a city our size would not typically have the means to provide the quality and quantity of services that we do.

We recently completed our citywide rebranding project, which provided us with a new logo and tagline, among many other tangibles. This project involved significant resident, business and community stakeholder participation and we are happy with the results. Our new logo, pictured here, and tagline, The Height of Living, boldly encompass what is considered an enduring attraction of our city, a rich quality of life, while also obliquely referencing the landscape of the high-rises that define our skyline.

I ask residents to think about our city and everything it offers to the community. Our height has provided us unprecedented opportunities for growth, prosperity, and a bright future. I am proud of the City and hope you are too.