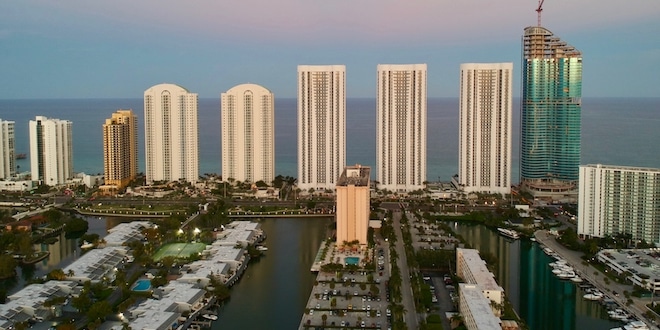 (Wednesday, February 26, 2020) – There have been quite a number of articles in the news recently concerning the multiple sewer line breaks in the City of Fort Lauderdale. This has resulted in millions of gallons of sewage flooding complete neighborhoods and waterways throughout that city. Because of this, a number of Sunny Isles Beach residents have asked me about the condition of our own sewer system. How old are the pipes in our city? Will our pipes also break? Needless to say, this is a disturbing situation that can make any resident fearful. So I took the time to engage a representative from the Miami-Dade County Water and Sewer Department, which owns and operates the sewer system for the City of Sunny Isles Beach, in order to share the conditions of the pipes in our city.

First, I would like to explain the different kinds of sewer lines. A force main is made of cast-iron and usually larger than 24 inches in diameter. Force mains are very susceptible to corrosion and last approximately 40 years. Gravity sewer mains are the lines between the manholes you may see in the streets or on sidewalks. In my career, I have known these pipes to last up to 100 years, however, a good lifespan is 60 years. Then there are laterals, which are the lines from the mains to your home or building. In the City of Fort Lauderdale, portions of their sewer lines date back to the early 1960s, with force mains that are typically 40 years or older.

Now you may recall approximately a year ago there was a sewage backup from the Miami-Dade County sewer pumping station on Sunny Isles Boulevard. We learned that 500 pounds a day of what are alleged to be flushable wipes, primarily for babies, impeded the operation of the pumps and caused that blockage and emergency spill into the Oleta River basin. Following that incident, our city did a media campaign on the seriousness of this issue emphasizing that all residents should NOT flush any wipes down the toilet. This is still a very serious matter that must be corrected. Do your part and keep our drains moving by not flushing anything other than human waste. Remember: a toilet is not a trash can.

The good news in all this is that our sewer pump station will be the first one to be replaced with state-of-the-art technology as part of a $1.6 billion upgrade of the entire Miami-Dade County sewer treatment system. This Sewer Pump Station project is scheduled to begin this April.

In summation, I am happy to report that the sewer system in our city is in good condition and should be for many years to come.