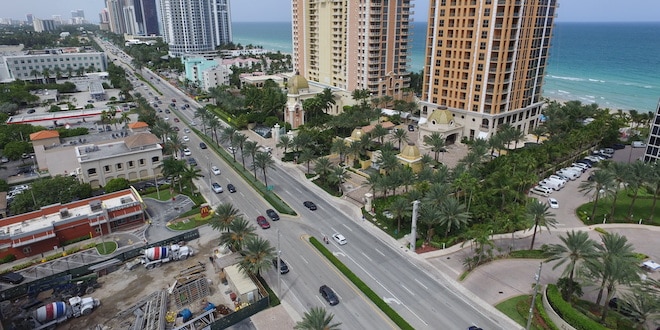 (December 29, 2020) – There has been a lot of discussion among the community regarding the speed limit on State Road A1A/Collins Avenue within our city limits. We have listened to the residents who brought their concerns to us that the current speed limit of 35 miles per hour is too high due to the density of vehicles and pedestrians on the road. Since Collins Avenue is a State-owned road, we as a local government do not control the speed limit and do not have the authority to change it. What you might not know is that we have petitioned the Florida Department of Transportation (FDOT) three times before in 2002, 2009, and 2016 to reduce the speed limit. However, we reached out to FDOT again to see if our residents’ request of reducing the speed limit from 35 mph to 30 mph, similar to one of our neighboring communities, could be possible.

To determine if the current posted speed limit of 35 mph was reasonable and a safe maximum speed for all vehicles to travel on, FDOT completed a traffic engineering study. The purpose of the speed zone study was to evaluate the existing traffic safety and operations along the study corridor. This was accomplished by performing qualitative field observations, spot speed studies, crash summaries and collision diagrams, and assessing geometric conditions.

Here is how FDOT conducts the study. They use the ‘85th percentile’ method of determining appropriate and safe posted speed limits along with the maximum statute-based speeds. The 85th percentile is the speed that 85% of the observed free-f lowing vehicles are traveling. This method is based on extensive nationally accepted studies and observations. In our case, it is clear that most of our severe traffic accidents have been caused by driver distraction. The study concluded that the posted speed limit of 35 mph is appropriate for our stretch of Collins Avenue.

We appreciate the concern our residents share for the safety of our community. As administrators of Sunny Isles Beach, it is our responsibility to uphold the highest level of safety in our city and we want nothing more than for our residents to feel safe whether they are driving to work, walking their children to school, or going for a bike ride.

It is important that everyone follows the rules of the road. In addition to following the speed limit when driving, eliminate distractions and always keep an eye out for pedestrians. And if you are a pedestrian or cyclist, there are rules you must follow too. We have 16 signalized intersections and three signalized pedestrian midblock crosswalks. Use them. Look both ways before crossing the street or driveway. A widespread misconception is that cyclists do not have to follow traffic signals when riding their bicycle on the road. That is false. Bicycles are considered vehicles when on the street and must also follow the same rules as cars.

In addition to our safety campaigns and expanded visible police presence, we are in the process of building two pedestrian overpasses along Collins Avenue at 174 Street and 180 Street at the SIB Government Center as many of you may know. Having two additional overpasses provides the added value of allowing pedestrians to avoid crossing Collins Avenue altogether at two major crosswalks.

The speed limit is staying the same at this time, but our attitudes and actions can certainly change. If we stay alert and aware while on the street, we can avoid accidents, injuries and fatalities. Let’s stay safe this New Year.