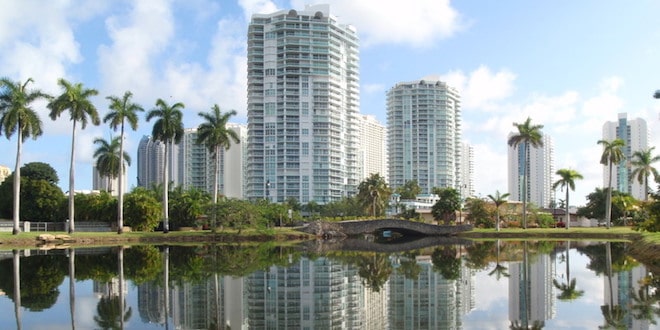 Unflushable Items Cause Major Problems for our Pump Station

(Friday, May 24, 2019) – We take showers, wash our clothes and flush toilets multiple times a day with little to no thought about where our wastewater goes. It only crosses our mind when something doesn’t work, as we have recently experienced this past February. Many of you may have heard about the pump station that had a wastewater overflow that reached the waters at Oleta River State Park on the south side of Sunny Isles Boulevard.

We hope to avoid this problem in the future with plans long in place by the Miami-Dade Water and Sewer Department (WASD) to not only refurbish the pump station, located at 350 Sunny Isles Boulevard but to replace it entirely. This creates an added benefit of our city having leased the excess property around the pump station to create a passive park with landscape improvements complementing our city’s aesthetics. This project to create a park and a pump station that will actually be pleasing to the eye, similar to the FPL substation on Sunny Isles Boulevard, is the result of more than six years of negotiation and cooperation between the City and Miami-Dade County.

Construction on the pump station is scheduled to begin in December of this year, with substantial completion in the fall of 2021, and final completion by spring of 2022. The nearly $8.1 million project will initially operate at the same capacity as the current pump station and will have additional space designed into the project to include another pump should increased population and demand require it.

WASD is utilizing resilient and sustainable protocols when designing the new pump station. Other infrastructure hardening provisions include the installment of a generator and all electrical controls on the second floor of the facility. The new station will also be set at a significantly higher elevation than the current pump station and will meet FEMA’s base flood elevation criteria.

The future facility’s upgrades will be an asset to Sunny Isles Beach for decades to come. The County is also consistently working at the current facility to decrease the chance that an overflow could occur again. Maintenance continues to occur at the site, and it is because of this work that I have been made aware of a concerning issue that we can all work on to solve. County officials have informed me that this pump station in Sunny Isles Beach is among the top offenders of clogs due to wipes, grease and other unflushable items being introduced into the wastewater system. WASD staff is removing approximately 500 pounds of these items from just this one pump station every single day. During peak hours, these clogs must be removed every two to three hours before they cause damage to the pump station that could impact its operation at best and cause an overflow at worst. As a result, WASD is staffing this pump station 24 hours a day until the new pumps are installed later this month.

This is a situation that is certainly avoidable, so I’m asking all our residents to take due care in your treatment of our toilets. A toilet is not a trash can. Even if a product wrapper says the item is “flushable,” throw it in the garbage. The only thing that should be flushed down the toilet besides human waste is toilet paper.

Our City, like many other highly desirable communities, must change some simple habits. With these small changes, we can focus less on what happens when we take a shower or flush a toilet and more on enjoying our City’s parks and amenities.

To find out more, visit sibfl.net/flushing.