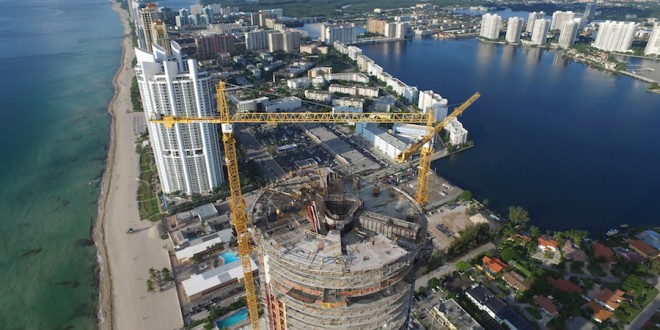 Historically the City Commission has resisted high rise development on the properties lining the west side of Collins because of its potential impact on the lifestyles of the residents living to the west. With one exception, site plan approval has been limited to low rise structures for service-oriented purposes like hotel or office use. Recently the Land Development Regulations were amended to increase the setback requirement for site plan approval along the western side of Collins Ave and Sunny Isles Boulevard. This move will further solidify the so-called “Buffer Zone” along Collins Ave within the City.