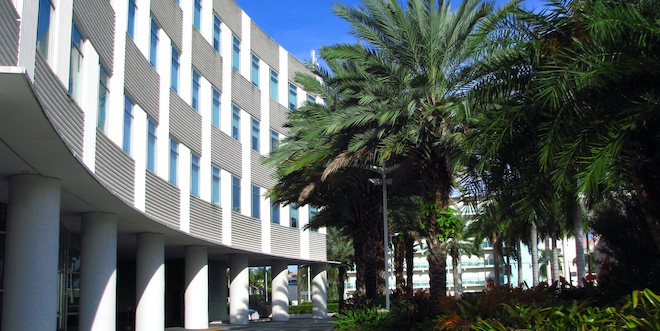 (September 2, 2021) – Sunny Isles Beach Mayor George “Bud” Scholl resigned from his position on the City Commission effective Sept. 1. Scholl stepped down as mayor to focus on his role as president and CEO of OneBlood.

Scholl was elected as the City’s third mayor in 2014 and reelected in 2018. He was first elected to the City Commission as a commissioner in 2007 and reelected in 2012. In accordance with the City’s charter, Vice Mayor Larisa Svechin has assumed the role of mayor until a special election for the mayor’s seat is held on Nov. 2, 2021.

Svechin was first elected to the City Commission as a commissioner in 2016 and was reelected in 2020. She was appointed as vice mayor in 2018. Svechin is the City’s fourth mayor and the first female mayor.

“I am accessible, transparent and completely dedicated to representing all Sunny Isles Beach residents,” says Svechin. “I have an open-door policy where anyone may drop by to say hello or discuss City matters important to them.”

Mayor Svechin invites residents and visitors to meet with her at the Sunny Isles Beach Government Center, 18070 Collins Ave. She is available Monday – Friday from 8:30 a.m. – 5 p.m. or after hours as requested. To make an appointment, please email mayor@sibfl.net or call 305.792.1731 or 305.792.1754. Read Mayor Svechin’s complete bio at sibfl.net/mayor.

For more information about the special election for the mayor’s seat, visit sibfl.net/clerk-election.