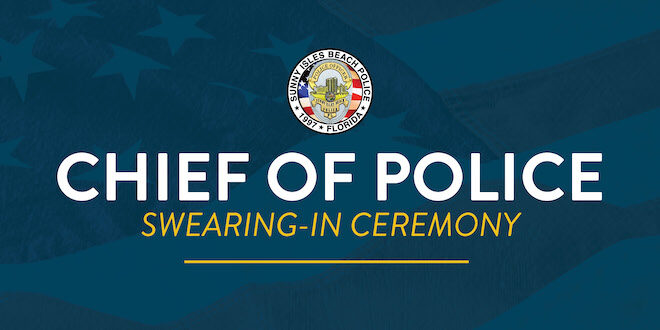 Swearing in ceremony to occur on Tuesday, April 12

“Eddie has the skills, the experience, and the drive to lead our police department into a new era,” says Sunny Isles Beach City Manager, Stan Morris. “He is connected to the Sunny Isles Beach community and has earned their trust and the trust of our City Commission.”

“I am honored and ready to lead our incredible team,” says Chief Santiago. “It’s all about the community. We are listening to what residents want and addressing their concerns so that we provide the best public safety for everyone who lives, works or visits Sunny Isles Beach.”

The public is invited to the swearing in of the Sunny Isles Beach Police Department’s fourth Chief of Police, Edward Santiago, on Tuesday, April 12, 2022 at 6:30 pm. Media vehicles may use the Sunny Isles Beach Government Center parking lot on the south side of the Government Center. For additional information or questions, please contact Sergeant Brian Schnell at 305.792.1792 (desk) or 954.299.9601 (cell).