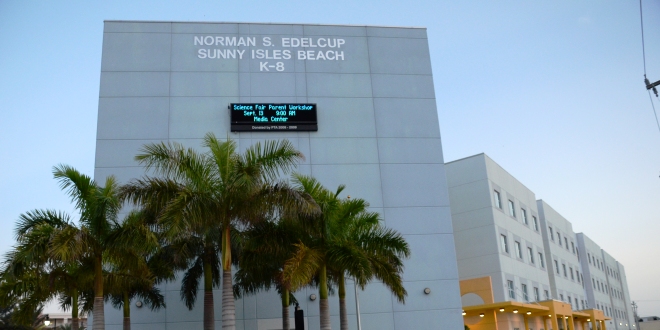 (August 4, 2016) – Back in 2003, when the City of Sunny Isles Beach was just 6 years old, the pressure from young families with kids moving into the City was so great that a need to build a school arose, and in 2008 the first children walked into a brand new K-8 public school. The first year there were 1200 students enrolled, but a few years later, the capacity grew to almost 1700 and the school was expanded to accommodate the extra student load. Today, the school capacity has grown to almost 2200 students and the City is considering an annex addition next to City Hall to accommodate the growing student capacity.

The City recently celebrated its 19th birthday with pride for having so quickly grown its infrastructure along with the development of new residential units. A byproduct of this growth has been the impact on traffic. Although it is a well-known fact that 70% of the traffic in the City is arterial, there is still that element of increased school children’s movement and increased traffic involved with the proposed annex, which deserves serious consideration.