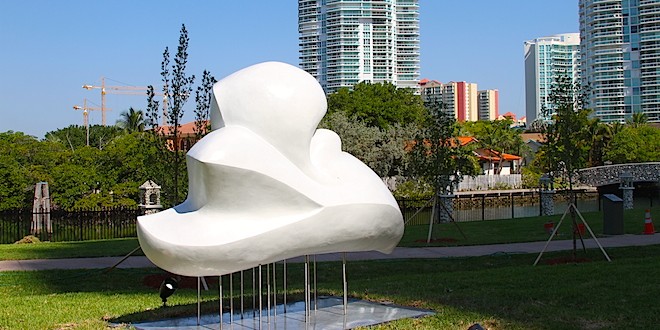 (January 27, 2014) – In accordance with the Charter of our City, the Mayor is to present a “State of the City” message on an annual basis, sometime between November 1st and January 31st of each year. This message represents my eleventh opportunity as your Mayor to inform our citizens about important issues that came before your City Commission, City events that took place and the status of the City over this past year. This will be my last formal State of the City message, as your Mayor. My last words as your Mayor will come in a final statement in late November of this year.

It is my pleasure and privilege to report that the state of the City’s Government operations and financial condition is very stable and strong. Our millage rate of $2.700 per $1,000 of taxable value represents a decreased by 3.5% from last fiscal year. The rate is over 19% less than the 3.35 millage rate we had in 2003 when I became Mayor.

According to the Miami-Dade County Tax Assessor’s Office, property values in Sunny Isles Beach, excluding new construction, increased overall from $6.1 billion to $6.9 billion this past year. In the ten plus years that I have been Mayor, our taxable property values have risen from $2.5 billion to $6.9 billion, an increase of 276%. Modest new construction was added to our tax roll in 2013, with several significant projects nearing completion, which shall continue to increase our tax roll in the near future.

The general fund operating budget for 2013/14 is $42.9 million, a slight increase over the prior year. Due to the continued positive trend in property tax values, the City will be able to complete all Capital Projects and maintain a world class level of service to its residents while reducing the property tax rate. In accordance with our budget, we have been able to maintain our funding on Capital Improvement Projects, and at the same time maintain and build a healthy general fund reserve in excess of $12 million.

The events offered by the City were plentiful in 2013. Here is a list of the more significant and popular programs from this past year:

Two particularly noteworthy events that will significantly add to the quality and quantity of our City activities is the expansion of the Social Seniors into its own 501(c)(3) not-for-profit organization, providing many quality trips and programs to our Senior Citizens. The newly found independence of this group, which receives a matching contribution from the City for a portion of its funding, will allow it to grow and meet the needs of this important sector of our population.

The other significant event was the Grand Opening of the new Sunny Isles Beach – Newport Fishing Pier. This project, many years in the making, since Hurricane Wilma destroyed the old wooden pier, opened on June 15, 2013, to what many have called, one of the City’s greatest events ever.

In addition to this Fishing Pier being completed, the City is involved with a number of major Capital Projects. The Gateway Park Project, after much debate and discussion with the contractor, was redesigned to include a facility space on the ground level of the parking structure portion of the project, at less cost. I am happy to report that work on the Gateway Park site has finally commenced and is scheduled to be completed by the end of 2014.

Another important project that is well underway and expected to be completed in March is the Intracoastal Park on the south side of the City overlooking the Intracoastal Waterway. As you know, this has been a long process to acquire and remove old commercial strip centers from the City and replace them with this park. With the completion of this park, we will have strategically located parks within walking distance of all our residents’ homes. Intracoastal Park is mostly a passive park with sculptures, seating areas and a small play area.

Drainage improvements and related road resurfacing and streetscape upgrades along 174th Street were budgeted and expected to be completed during the current fiscal year.

The City has made significant progress in the approval process for the Emergency Pedestrian Bridge from 172nd Street to 174th Street in that the South Florida Water Management Board approved our environmental plans and mitigation for this project. We are still working our way through the legal process and expect to get final approval to commence construction this year.

The City has gotten significantly closer to finally undergrounding utilities on Collins Avenue. This multi-year project is expected to be completed simultaneously with the FDOT repaving of Collins Avenue in 2016.

Through our successful partnership with the Miami-Dade County School Board, we have completed the addition to our K-8 school which bears my name. We can be proud of the joint effort between our City government and the School District to maintain a top quality, high rated school in our City.

We have entered a period of growth with the approval and construction of a number of condominium residences and commercial buildings on both the east and west side of the City. The significant projects currently under way include:

Projects expected to start in the 2014 year include the following:

My fellow citizens, as we enter the New Year 2014, and on behalf of our City Commission and entire staff, we pledge our continued loyalty and dedication to the citizens of Sunny Isles Beach. By working together, we will continue to raise the quality of life for the residents in our community and to promote our world class City which is becoming known throughout the world as Sunny Isles Beach, Florida’s Riviera.

In conclusion, we wish everyone in our community a happy, healthy, and prosperous New Year. Thank you, and God Bless you.