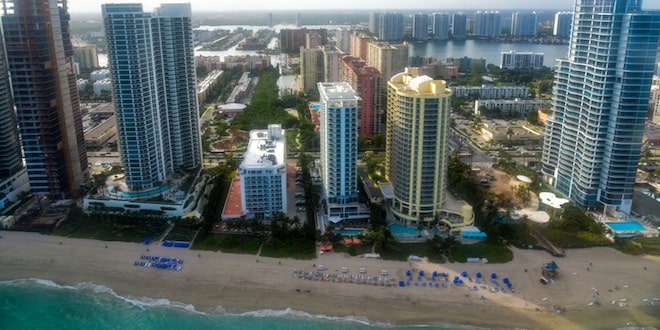 (Friday, November 1, 2019) – For the last several years, the City of Sunny Isles Beach has been breaking barriers and driving technological advancements to the forefront of our agenda. In late 2015, Mayor George “Bud” Scholl launched the Mayor’s Technology Initiative, challenging city staff to develop ideas to keep our city on the cutting edge of new technologies and conveniences that elevate our city services and improve quality of life. Among the numerous innovations we have unveiled, there are two particular projects raising our level of modernization to new heights. The first: implementing free Wi-Fi along the length of our beach, is already complete and proven to be successful. The second, undergrounding of fiber optic cable throughout the city, has been in development for several years, but is poised to provide great benefits.

We currently offer free Wi-Fi in nearly all city parks and facilities including the Government Center. As our namesake implies, the beach is one of our city’s top attractions. So naturally, offering free Wi-Fi for residents and visitors on the beach was the next step. To do this, we equipped seven out of the 10 lifeguard towers along the beach with solar-powered units that serve as the access points for power and link the towers.

From conception to implementation, the project took just about a year, and we can proudly say that since 2018, nearly the entire stretch of our beach has access to free city Wi-Fi. Two additional lifeguard stations will be equipped with solar panels in the future as one is in the process of being rebuilt and another is going to be moved. Once the work on these two lifeguard towers is finalized, there will be total Wi-Fi coverage along the beach.

Another project, which will actually help improve the Wi-Fi on the beach, is the undergrounding of fiber optic cable throughout the city. Many of our staff work around the city in various locations, including City Hall and several of our parks. It is important for us to maintain solid, reliable communication across these work stations. This project will transfer the connection of our city’s primary locations from the existing wireless network to fiber optic cable. The notion of fiber optic cable was first introduced several years ago, however, the preparation that goes into a project of this magnitude requires extensive and comprehensive planning. We initiated the project in phases as other construction was occurring around the city. In order to incur the least amount of disruption to our residents, we mapped out all work taking place or scheduled to take place around the city. As you can imagine, this is a lengthy and laborious process.

Five years ago, we embarked on the Utility Line Undergrounding project, in which we began undergrounding the utility lines along Collins Avenue. As this undergrounding took place, we laid our own conduit, which would later be used to connect our facilities with fiber. This phase of the project is complete, but there is still additional undergrounding that must take place around the city.

The first completed piece of the project connected the Government Center to Pelican Community Park. The majority of our City employees and the bulk of our services and recreational programs are found in both of these buildings. We also have plans to connect five additional locations—Heritage Park, Newport Fishing Pier, Intracoastal Park, Town Center Park and Gateway Park.

With more robust and reliable connectivity, fiber optic cable will benefit the citywide CCTV camera project. This service currently feeds approximately 500 cameras throughout the city to our Police Communications Center and the Automated License Plate Reader (ALPR) System. City staff will also benefit from faster network connectivity in their work stations throughout the city. Additionally, the free public Wi-Fi we offer in our parks and now along the beach will improve with increased speeds.

We consider several determinants when deciding which projects merit an investment of time and money. Each project is researched and designed so the execution is seamless and efficient. Technology is always top-of-mind in Sunny Isles Beach as we work to provide accessible services to all residents. It is our staff’s drive and determination, along with support from the City Commission, that transform those visions and goals into reality. We are always looking toward the future, searching for the latest innovations that will propel our city to the forefront of the technological arena.