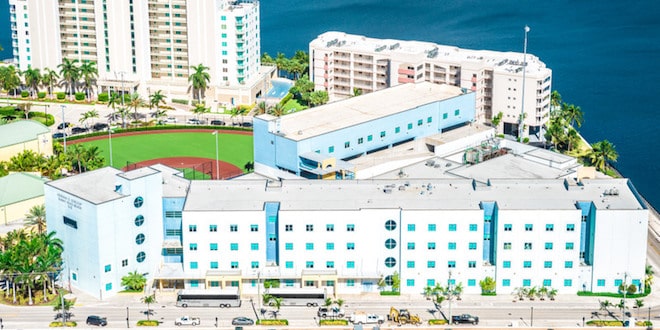 (Monday, June 24, 2019) – Throughout recent years, our small, close-knit community has become increasingly family-oriented. NSE/Sunny Isles Beach K-8, an A-rated school, is a significant factor of this shift in our community. This superior school has increased our property values and therefore attracted families from all over the world. It is a microcosm of our city.

For this reason, many parents and residents are confused by the relationship between the city and the school. Sometimes, residents new to the city, or who are registering their children in City programs for the first time, are frustrated that the City cannot use the same registration that the school maintains. This deserves clarification.

Like all public schools, the district, Miami-Dade County Public Schools (M-DCPS) in our case, runs the school. The City of Sunny Isles Beach does not hold authority over the school. Unlike the Government Center, public works, parks, and police department, the City does not run the school. This is akin to the library and post office. Although these services are housed within the city and use city land, they ultimately report to outside entities.

It is through a similar agreement of shared space that we are able to support the school so well. It is called a joint use agreement. The city provides support by allowing the school to use city land and resources. This includes the use of Pelican Community Park and its gymnasium during school hours. When it comes to aftercare and camps, the City serves as the sole provider and utilizes the school facilities. It is only during these times that the City can enforce its own rules and are responsible for the registered kids.

Aftercare and camps are run by the City and, therefore, governed by the City. For this reason, there is a very strict proof of residency requirement; we want to ensure that residents receive priority and special benefits. We have an unapologetic code of conduct to maintain an exceptional standard of behavior and respect among residents, children and staff. There are also amenities the City can provide that the school would not normally offer such as air-conditioned buses for field trips, water slides and petting zoos, among many others.

To that end, when school starts in about two months, there are rules set by M-DCPS that the City can neither change nor supersede. For this reason, we ask all parents and residents who are interested, to get more involved. There are many organizations that foster community involvement to make public schools stronger. There are the Citizen’s Coalition for Miami-Dade County Schools, EESAC (The Educational Excellence School Advisory Council), the SIB PTSA (Sunny Isles Beach Parent Teacher Student Association—not just for parents), Miami-Dade County PTA, The Listeners/Oyentes Program, and several other county organizations.

We were recently asked by State Senator Pizzo, “what makes NSE/SIB K-8, such an exceptional school?” The answer was simple: outstanding parent involvement, extraordinary community support, ‘round the clock police presence, fundraising efforts by other non-profits like the SIB Children’s Fund, and the symbiotic relationship with local government. Although the per-student allocation in each school in the state is exactly the same, $7,500, NSE/SIB K-8 is one of the most unique and impressive schools in the district of Miami-Dade County.

Though the City and school are two separate entities, we work harmoniously together to elevate the city’s standard of living for all residents and children. It takes all of us to maintain these high standards. Do you want to join in the effort? We’d be happy to help you find a fitting opportunity. Please feel free to contact us at lsvechin@sibfl.net or jviscarra@sibfl.net.