“With the Street Tree Matching Grant program, the County is leveraging funds to get more ‘green’ on the streets,” said Commissioner Moss. “By matching resources for trees, we are creating more shade, beautifying corridors and gateways and encouraging more activity in communities throughout the County.”

“I want to sincerely thank Neat Streets Miami, the Board, and Chairman Moss for this award and for their encouragement to increase the City’s tree canopy. We are excited about this partnership and look forward to continuing to work together to beautify and green our community through planting trees,” said Sunny Isles Beach City Manager, Christopher Russo.

This year, Neat Streets Miami gave priority to applicants in neighborhoods with a low tree canopy and underserved populations, in an attempt to achieve at least a twenty percent tree canopy coverage (Miami-Dade County’s average) in all neighborhoods. 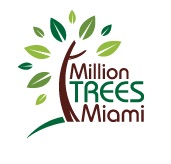 Launched by Neat Streets Miami, the Million Trees Miami Campaign is a community-wide effort to plant one million trees by 2020 in order to achieve a 30 percent tree canopy cover for Miami Dade County. Housed in the Miami-Dade County Parks, Recreation and Open Spaces Department, Neat Streets Miami is a multi-jurisdictional county board dedicated to the maintenance and beautification of transportation corridors, gateways and connections. For more information and Neat Streets Miami visit: neatstreetsmiami.com